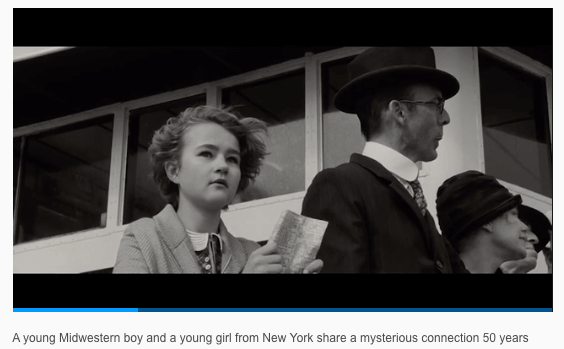 A new film about to open in America later this month, features a Deaf child actor.

It’s “a complicated love poem to New York City.” In the 1920s, Rose (Simmonds) is a deaf New Jersey girl who runs away to Manhattan to find her Hollywood idol (Julianne Moore), while 50 years later, Ben (Fegley) goes there to search for his dad after his mother (Michelle Williams) dies and a freak accident takes his hearing.

The Director, Todd Haynes says, “the fact that it was a tale about two deaf children informed every aspect of filmmaking, from score to costume design. “You become very acutely aware of what it means to hear and what it means to not hear in ways that most movies take for granted. All of these narrative themes call upon film language to express it.”

There’s also an article about Julianne Moore’s thoughts on working on this film:

Julianne Moore is ‘Wonderstruck’ by the beauty of deaf culture in poignant new drama.

“I didn’t recognize you at first. I was like, ‘Who’s that lady?’ ” says Moore’s 14-year-old co-star, Millicent Simmonds, who is deaf and signs with an interpreter. “I just went and sat down (in the makeup room), and my mom was so shocked. She was like, ‘It’s Julianne!’ ”

The Oscar winner spent two months learning American Sign Language for her scenes as Rose [She plays the frown up version of Simmonds’ character]. She even got pointers from Simmonds.

“She was so nice about my signing, which is bad. It’s like talking to a baby, I’m not kidding,” Moore jests, occasionally signing as she talks. On the set, Simmonds “was very encouraging. She’d always go, ‘You got it — keep going, keep practicing.’ “