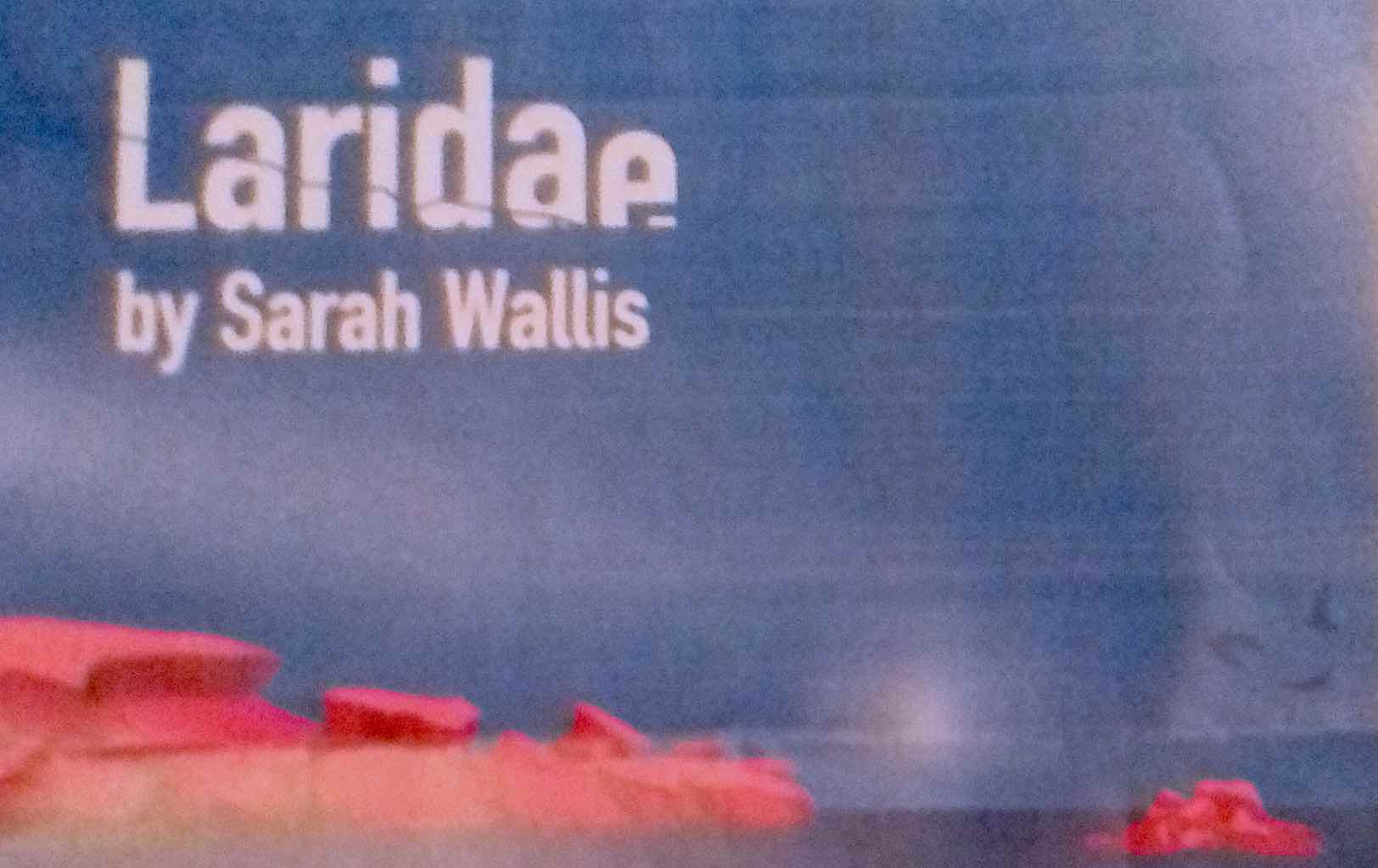 SC was lucky enough to be invited to go to the ‘sharing’ of the product of a 9 day R&D (Research & Development) Rehearsal process by a forward thinking creative company lead by Hannah Quigley and produced by Mark Mallabone.

They picked a play called Laridae (said like Larri-die) that is about Mylo and Hayley who live in Laridae, and have done all their lives. It’s now falling into the sea. Mylo is missing at sea. His wife, Hayley must decide if she will leave Laridae and Mylo behind. When someone you love is missing, is there ever a time to let go?

The company worked on creating three versions of the same play:
1.In spoken English
2. In BSL
3. ‘Integrated’ – having both sets of actors on stage, thereby having both languages on stage.

The evening consisted of being shown examples of a few chosen scenes. We were shown scenes in BSL and repeated in spoken English, and other scenes in the integrated version.

It was a fascinating experience to see the three different versions, and for me, to be able to be able to compare them. In the Q&A afterwards we were told how after a bit of a false start, the actors worked in their two groups on their own version of the play – either the spoken English version or the BSL version – so they could feel unrestricted in their moves and interpretation of the script. They then came together to watch each other and compare what they had created. Only then did they work on the 3rd version to see how they could merge the two versions into one performance.

Also, the actors revealed how they enjoyed having a ‘clone’ of themselves, their parallel character, to discuss certain elements of the script with, bounce ideas off, compare notes with, etc. This also ensured that each version of the same character would be following the same emotional journey, so each audience would be seeing as close to the same story as possible.

It would be pretty ground breaking if this idea took off. If audiences could choose which version of a play to see, it would be amazing! What do you think?

Obviously, this would be very difficult to achieve for a massive production with a cast of thousands, and would more easily suit this kind of smaller scale, shorter play – but there are plenty of these around – and yet to be written. There is also the aspect of cost, as it would involve paying two sets of actors (with costumes), as well as other related professionals, eg BSL consultants, but, if people were prepared for this, then, I’m sure it could be achievable.

The company are hoping to be able to have these three options for audiences to choose from – there could even be an option of going to see two (or all three), so, for example you may want to see the BSL version, and then see the integrated version. Hearing people would probably choose the spoken English version, but could maybe be tempted to go to see the integrated version – or even the BSL version as a real test!

The full show is not planned to be ready to tour until Spring 2020.

Let us know what you think of this idea.

If you are a theatre, would you programme such a show? If not, why not?
If you are Deaf would you go along? Do you think you would be interested in seeing only the BSL version, or another version too?
If you are hearing, which version(s) would you go to see, and why?
Do let us know your thoughts – and we can pass them on to the company too.