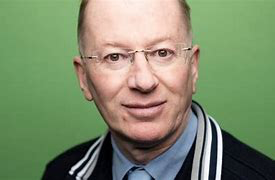 John Wilson has been appointed External Examiner on the pioneering BA Performance in British Sign Language (BSL) programme – the only course of its kind in Europe.

The three-year undergraduate degree teaches students to be both actors and makers of work, in a unique programme that is breaking down barriers in the industry and opening up theatre to new audiences. It has been developed in association with Solar Bear theatre company with input from a range of theatre, education and D/deaf professionals.

Claire Lamont, Head of the BA Performance in British Sign Language and English programme, said: “We are delighted to welcome John as External Examiner on the BA Performance programme.  John brings with him not only a wealth of experience as a Deaf arts practitioner but a vital BSL perspective in his role as external examiner. We look forward to working with John over the next few years and getting his invaluable input into the programme.”

John, who is profoundly Deaf, has a wealth of experience in the world of arts – as a theatre and television actor, creative signer and as director of numerous productions from devised performances to BSL translations of Shakespeare.

He is also BSL curator at the Royal Academy, curating a series of presentations of major exhibitions and items in permanent collection using BSL as a medium of communication.

John has been part of several projects in the UK and internationally to promote creative sign through BSL. He has presented on BBC’s See Hear programme and the Channel 4 series Sign On. He was Deaf Arts Officer for Shape, an organisation promoting engagement in arts and culture across the UK.

Commenting on his new role at Scotland’s national conservatoire, John Wilsonsaid: “It’s an honour to join the Royal Conservatoire of Scotland as External Examiner for the groundbreaking BA Performance in British Sign Language and English degree. This is an important role and I look forward to being part of the dynamic environment at RCS.”